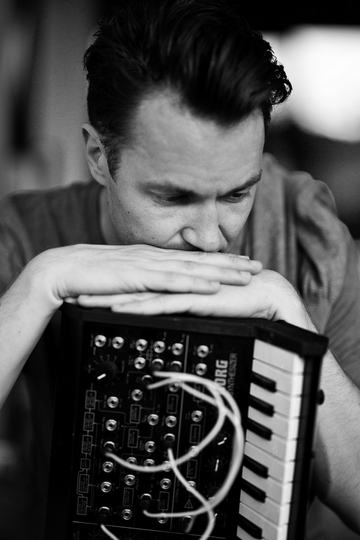 Originating from Ingaro, an island just outside Stockholm, Sebastian Ahrenberg started producing in the early 90s. Working with a basic home studio, he experimented with breakbeats and techno before finding his own unique style in drum and bass. Released on Swedish label Svek, under the alias Sunday Brunch, his techno productions include some of his first collaborations with long-term studio spars Lenk and Robert Manos.

Seba’s track ‘Sonic Winds’, written together with Lotek, was among his first drum and bass productions to be released on Good Looking and was selected by label boss LTJ Bukem for his Logical Progression mix cd series. Further releases soon followed, from the sublime and soulful ‘Planetary Funk Alert’ to the rich and ethereal ‘Valley of the Moomins’, and marked Seba as one of the finest exponents of an emerging new style.

To showcase his music and bring like-minded artists to his native shores, Seba started the club night Secret Operations in 1997. From humble beginnings in a cellar bar named Tuben in central Stockholm, the club went on to long run of successful nights. By 1999 the club had given rise to a record label with the same name, with the first 12inch single, ‘Pieces’ / ‘Banett’ by Seba and Lenk released in 2001. Since then, the label has hosted Seba’s solo productions as well as work alongside his friend and fellow breakbeat pioneer, Paradox.

After years of discussing making music together, the pair finally joined forces and immediately made an impact with their first releases together on Bassbin (‘Frost’) and Freak (‘Planet, Stars’). Their single ‘Move On’ on Hospital Records, featuring the vocal talents of Robert Manos, was a massive success and proved their sound has both integrity and broad appeal.

In late 2008 Seba released his first longplayer on Carharrt’s label Combination. Described by Knowledge magazine as “an accomplished and timeless slice of drum & bass” (K-Mag Sept 2008), the album has no doubt stood the test of time and showed Seba at his best delivering classic sound. He also featured twice on the Platinum Breaks Series compilation for Metalheadz, with ‘Imperial Moment’ alongside Krazy and ‘Wild One’ featuring Robert Manos on vocals.

In 2009, Seba returned to Secret Operations for the single ’34 Alpha’ b/w ‘Devotion’ in collaboration with Kirsty Hawkshaw. He also remixed her track ‘Face to Face’ and featured on Hospital Records’ Sick Music compilation with the release of ‘Snow.’ This was followed by singles on 31 Records and Metalheadz in 2010. 2011 saw singles from Seba for Spearhead Records, Warm Communications, and Secret Operations, while 2012 brought a 12” for Nu Directions as well as a remix for Spearhead and an appearance on Klute’s Commercial Suicide ‘Compilation’.

Seba has spent most of 2012 in the studio working on his new album ‘Identity’ which is now completed and released in January 2013.

Seba’s DJ sets are the talk of legend with constantly energetic and emotive performances across the UK and Europe marrying his powerful production style with dancefloor sensibility. His sets at the Sun and Bass festival each year are always noted as highlights of the event for many.

One of the Drum and Bass scenes unique veterans, Seba is as relevant and important today as ever, continuing to inspire producers and fans alike.