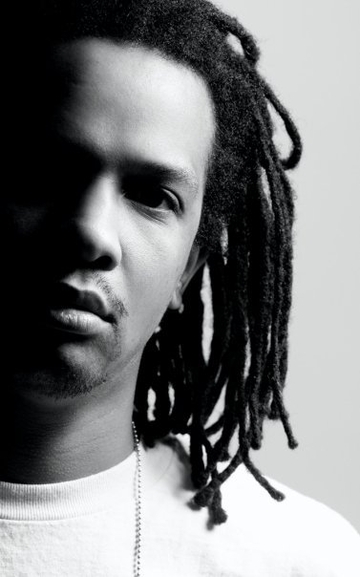 Bailey’s prowess as a premier Drum & Bass artist has earned him global respect. As a DJ, multi award winning BBC radio presenter and a record producer, he communicates his musical passion to the masses. Bailey’s foremost love lies in being the best possible DJ with an extensive record collection ranging from classic Funk to the freshest Drum & Bass pre-released mp3s saved on his hard drive.

Bailey’s fixation with electronic dance music began in the early 80s when Street Sounds Electro Volume 1 spun into his hands whilst at school. The beats and scratching he heard on that tape plus the break dancing he saw on the streets inspired him to get involved in this new Hip Hop culture. Bailey’s South London hometown was filled with sound systems’ grooves, so he stepped up playing at local house parties. Bailey also sought out warehouse parties sampling Acid House, Detroit Techno, and Hardcore – the emergent sounds of the late 80s/early 90s. The Breakbeat element in this new sound captivated Bailey, ultimately leading him into the world of Drum & Bass.

Bailey gained momentum as a DJ recording mixtapes for friends, playing wine bars, dance halls and pirate radio stations. After a chance meeting with DJ’s Kemistry & Storm they tuned into his show and recruited him for Goldie’s legendary Metalheadz club nights in 1995. To this day, Bailey remains a Metalheadz resident DJ. He also plays Fabio’s long standing weekly club night Swerve and regularly tours the world as a guest with other established Drum & Bass outfits. As for Bailey’s skills when he’s behind the turntables. Always an alchemist in the mix, he creates sonic landscapes as his sheer mixology elevates him above the crowd of DJ’s. He is one of a handful of successful DJ’s to gain fame without the help of production credits. His recordings, mainly in the form of traditional DJ’s mixes have been produced for Metalheadz, the front cover CDs of various music magazines, a compilation for French owned Black Label on Sony’s Music Garden imprint, a mix called Soul Thunder for the renowned U.S label Breakbeat Science to name a few.

On Radio On Digital On Line

In 2002 Bailey was selected to present his weekly radio show on BBC Radio 1Xtra running for 10 years; broadcast world-wide each and every Wednesday from 10pm as well as a shared slot on BBC Radio 1. The show has been extremely successful winning Bailey and 1Xtra many awards including Best Radio Show at Knowledge’s D&B Awards, Best Radio Station at The National Drum & Bass Awards (twice) alongside other triumphs. In 2013 Bailey started a new weekly show on Ministry of Sound Radio presenting live every Tuesday from 5pm propelling him once again into the world of broadcasting.

Bailey began warming to life as producer/DJ in 2003 when he produced a track for Roni Size’s Full Cycle. His first steps into the world of production occurred by mistake. Bailey had requested a tune from the Full Cycle crew. Instead of the track, he received gold dust – a CD of samples to make a remix. So Bailey gave it a shot. The result, a rework of Forget Me Knots by Roni Size was immediately signed to the label. To date, Bailey’s produced tracks for many labels including Metalheadz, C.I.A, A Guy Called Gerald’s imprint Protechshon and remixed for artists such as Nas & Damain Marley, Chipmunk plus producing a house track with Melissa Molinaro.

Up in the Dance

Bailey has attained Drum & Bass’s stratosphere. DJing far flung events in Costa Rica, South Africa, Japan, Australia, New Zealand, America and Europe he’s had legions of fans screaming for rewinds. His skillz have earned him what every DJ in the world craves – recognition and most importantly respect. That’s why in the dance they all chant, “Bailey! Bailey! Bailey!”