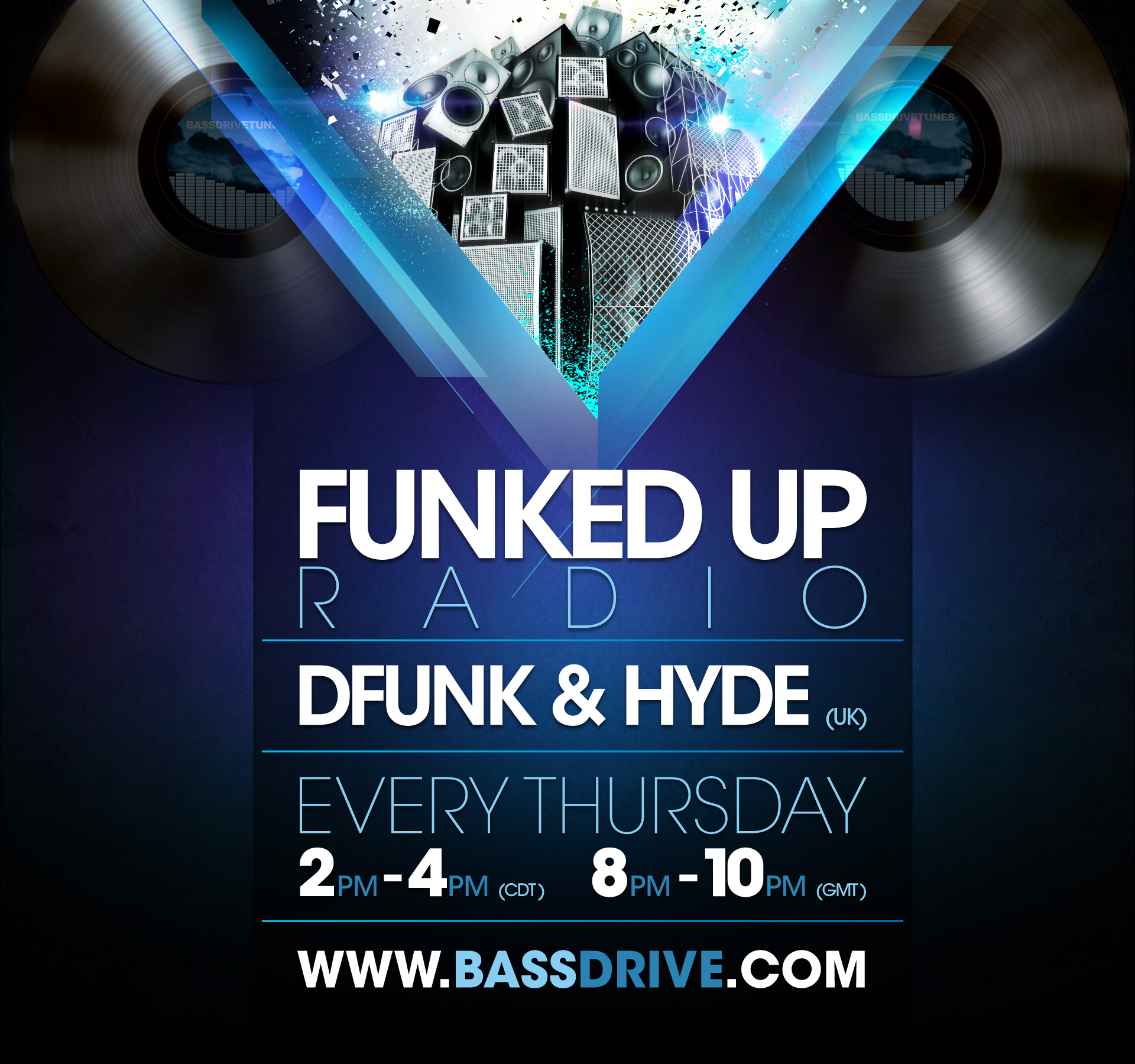 DFunk bought his first turntables in 1993 and has never looked back, his current taste in Dnb varies from liquid to ragga to darkstep and rollers, with a few choice scratches thrown in for good measure.

Having being invited to play in some of the biggest venues around the world including cities like Chicago, New York, Oregon, Winter Music Conference in Miami as well as NottingHill Carnival in the UK, Poland, Romania, Prague, music festivals in Germany, and Sun and Bass in Sardinia. Not forgetting the Bassdrive Uk nights being hosted throughout England.

DFunk is also an owner of the Biggest DnB Radio station on the internet, www.bassdrive.com and the Bassdrive Tunes label. Having over 28 releases to date with artists such as Stunna, PhatPlayaz, Paul SG, Technicolour and Komatic, Edward Oberon to name a few.

Having started music production again has had a great success with his colab  DFunk & Stunna's " Lost in the rain " and " losing You " on the SoundTrax label.

DFunk started his weekly radio show Funked Up Radio 10 years ago with DJ Hyde, With Hyde playing the darker side of DnB while DFunk played everything in between, but more recently its been DFunk playng the show, Hyde will continue to make appearances when he is able to get to the studio. Funked Up Radio continues to carry on the tradition of bringing the newest music and up and coming producers to the forefront, promoting and supporting those that would go generally unheard of.