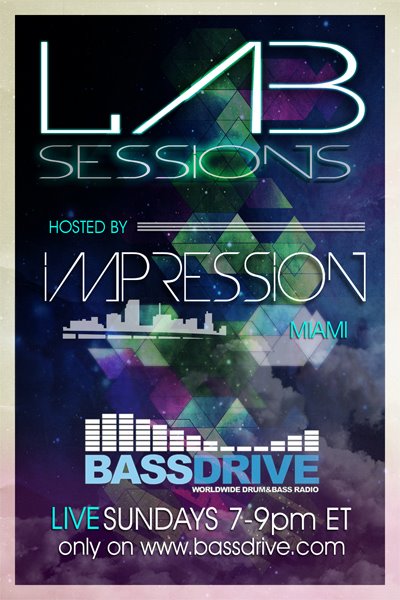 Growing up in the peak of the South Florida rave wave of the mid 90's, Impression decided at his first party at The Edge that he would learn to DJ. With the guidance and influence of the Brothers of Funk, he quickly saw his dream become a reality. Impression partnered with MC Direct and went on to co-found the Y.O.U. Crew, which led to many years of musical exploration and growth across a multitude of genres within electronica.

On August 13th 2003, Eric was sitting at a traffic light in broad daylight when he was caught in the crossfire of a gang-related shooting. The stray bullet was lodged in Eric's neck, but thankfully a good samaritan called 911 and he was Trama Hawked to the nearest hospital almost immediately.

After emergency neck surgery and months of physical therapy, Impression was back on the decks pursuing his dreams. Through continued collaboration with the Y.O.U. Crew, Impression & Markem formed Fusion and in 2008 they launched Urban Chemistry--a label that had been the dream child of Probable Cause and Johnny Dangerously. Under Urban Chemistry, Fusion released tracks with DnB greats like Stunna, Submorphics, Command Strange, Subsonik, Mutt, ATP, Qumulus, Notion, Broken Drum, Mc Direct and MC Fava.

In a whirlwind of events, Fusion also started their weekly Sunday Bassdrive show, Lab Sessions, in 2008. The show recently celebrated it's 6th Year Anniversary, and Impression has carried the torch to Orlando where he plays the music he loves as loud and as often as possible.