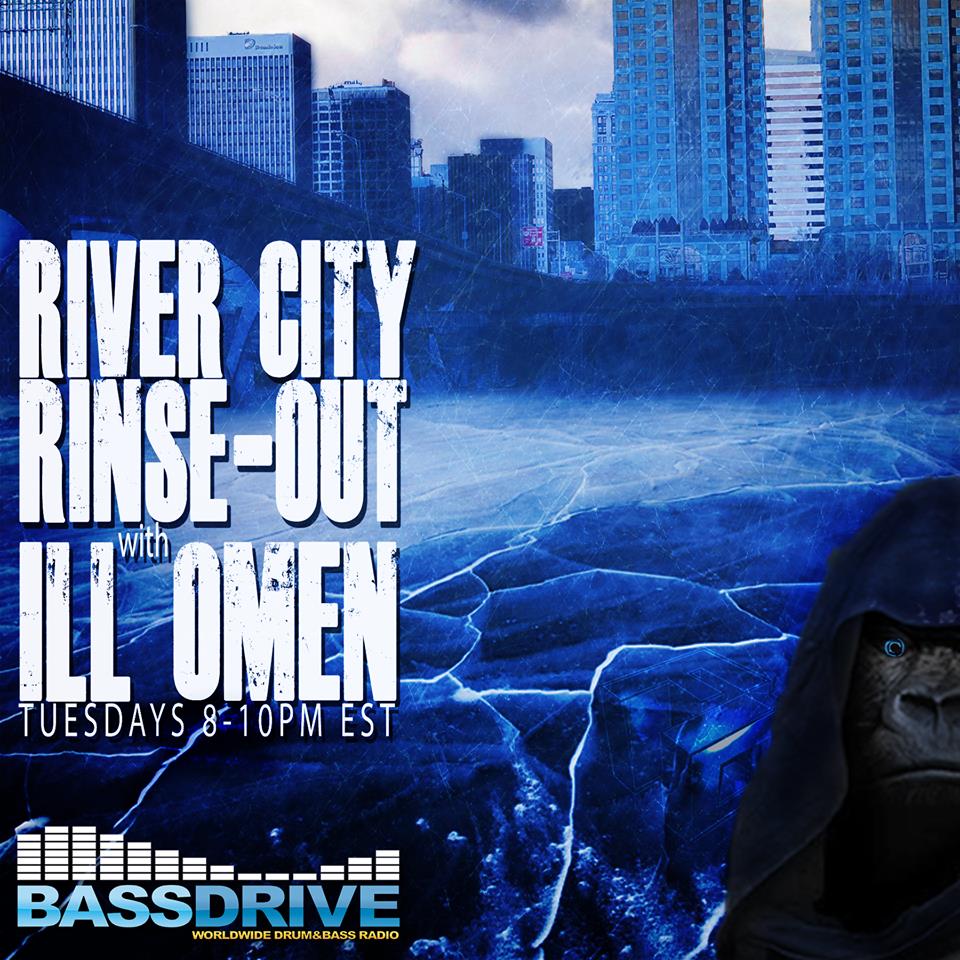 The blazing two hour show on BassDrive.com every Tuesday called, "The River City-Rinse-Out" is just as geared for the dance as it is for your living room or car. Utilizing a pair of Tech-1200's, Serato and a vinyl Jungle/DnB collection of nearly 2000 plates dating as far back as '94, he keeps it moving from start to finish. Covering all the bases from soulful rollers, dubbed out deep cuts, drumfunk to tech, and straightforward dancefloor business. Every 2 hours is jampacked with character and vibes. Not to be missed.

Co-owner of Faction Digital Recordings and Elm Imprint, iLL Omen is a drum and bass veteran from Richmond, Virginia known for his knack of creating dance floor pressure while creatively chopping up rhythms and bass-lines throughout sets. A selecta in every sense of the word - pulling from the classics, rare remixes, dancehall,  obscure originals, and of course, hot new joints. A long standing supporter of the local scene and a well traveled DJ from the East to the West within the United States, as well as the UK, iLL Omen has played alongside many legendary acts throughout his 18 years of DJing. He is also 1/2 of the grizzled duo known as The Venture Brothers (iLL Omen + Mixedmedia) and an original member of the VA Pressure family alongside fellow veteran junglist, Patrick Currier. iLL Omen is also a fellow member of the Style Control collective that includes DnB heavy hitters, Will Miles and Kjell Anderson.