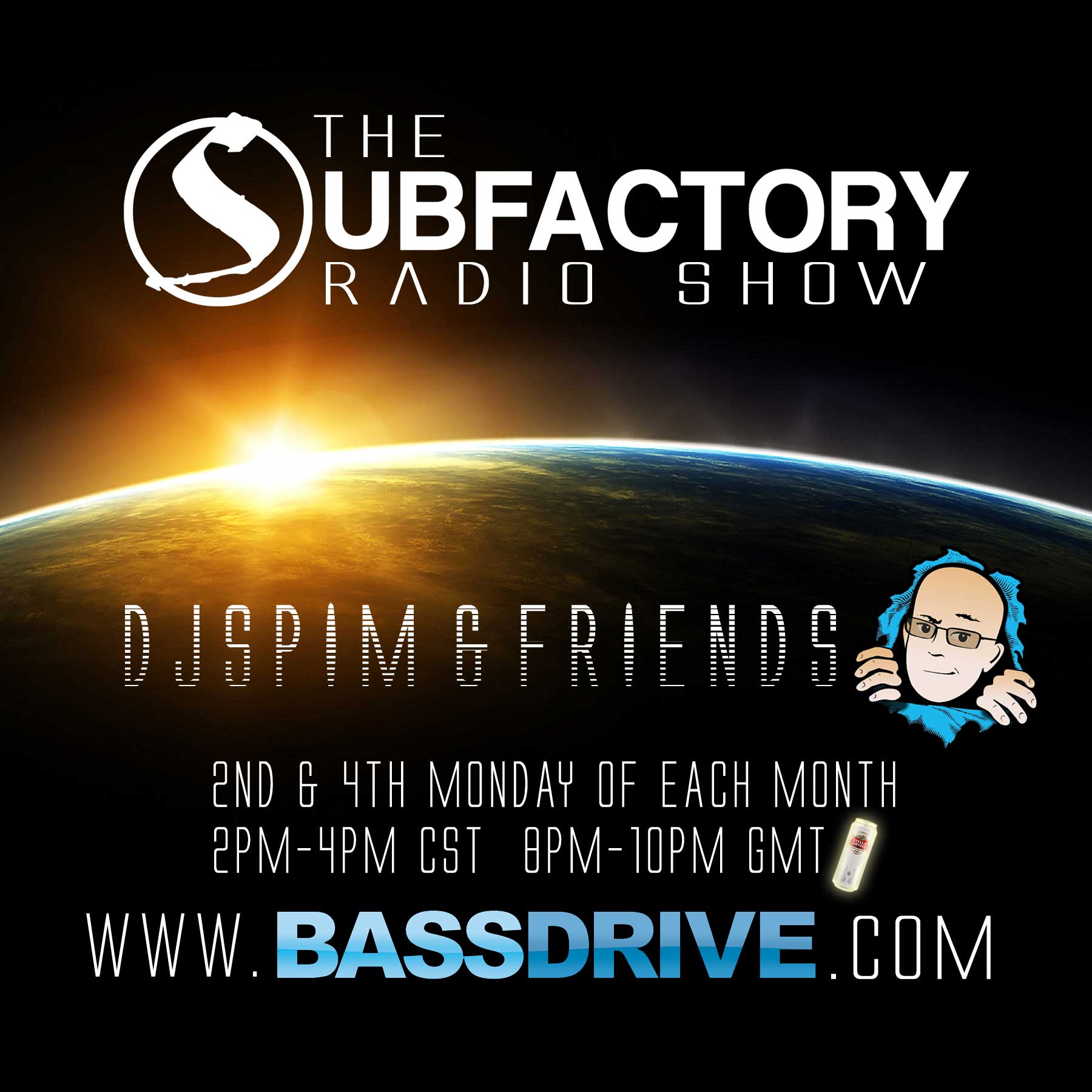 We at Subfactory enjoy living life with a big smile down here on planet Earth. We feel privileged to be in a position to be able to share with you what we love most about being alive. Drum & Bass. It's what glues us together both outside and in. The Universe's expression of self, manifest in sound. A sound that we love with all our mind body and soul.

The Subfactory Radio Show is a unifying positive explosion all washed down with a cold can of Stella Artois which of cause helps to oil the mixing mechanisms of show host DJ Spim. This legendary shinny headed veteran DJ & producer is on a mission to spread Drum & Bass positivity far and wide with his fun sense of humour radiating out through this long running Bassdrive show.

Alongside Spim you will often find the mighty Pranksta helping to rinse out the sound or the odd guest DJ mixing up a treat. But you will aways know that the rest of the Subfactory Radio crew will be loitering in the background feeding Spim his much needed drinkies.

For added fun join the Subfactory Radio Show Facebook event to see all the listener comments and pictures from all round the world and may be post up one of your own.

Broadcast live from the Subfactory secret underground base somewhere in Jersey UK a party atmosphere is assured accompanied by some of the finest and freshest Drum & Bass  seamlessly mixed with a light dusting of scratching and beer. With endorsements from some of the greats like Andy C, LTJ Bukem and High Contrast you will not be disappointed.

So turn your back on the darkness and head towards the light that is The Subfactory Radio Show.

This shinny headed veteran Junglist is an old skool raver who experienced the birth of Drum & Bass way back in the early 90s. A technical scratch DJ with many tricks in his repertoire. A crowd pleaser with 20 years of experience behind the decks and a true believer that Drum & Bass helps raise the collective consciousness of the human race.

Originally a percussionist playing in various forms from Jazz bands to full orchestras it’s of no surprise the music is in his embedded in his DNA. He has been a long running player in Jersey’s music scene. Promoting, producing, DJing, scratching and of cause dancing his way through island life. A true Drum & Bass head to the core.

His long running Subfactory Radio Show showcases the freshest and finest Drum & Bass to the world with lashings of positivity and fun. All washed down with the odd cold can of Stella Artois. With endorsements from some of the great players like Andy C, Hype, Danny Byrd and Sigma, this guy knows what to do.