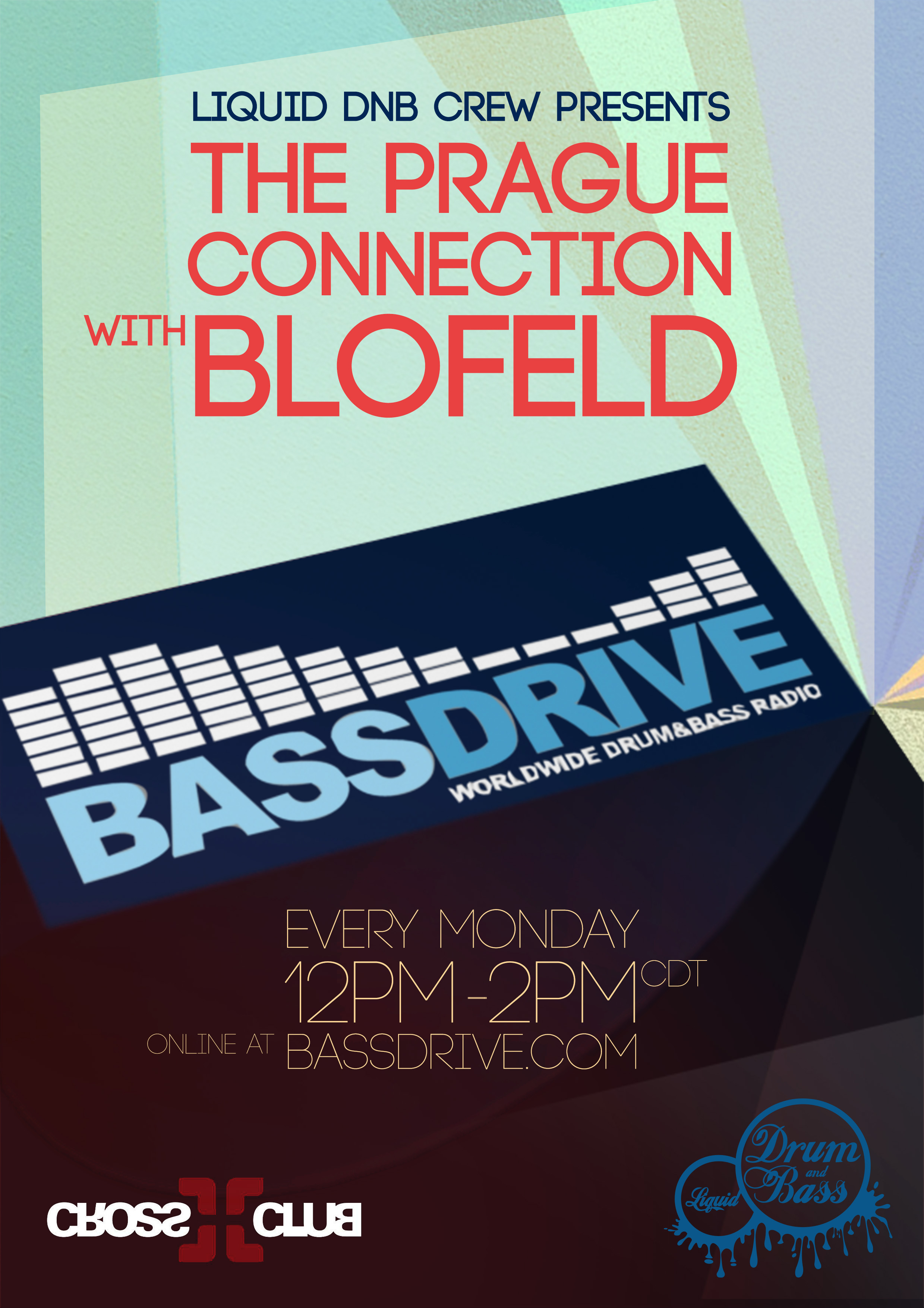 Blofeld aka Ernst Stavro Blofeld the fictional character from Ian Fleming’s popular James Bond series is the evil genius sitting in a huge chair, stroking a cat on his lap and hatching plans for world domination. Czech Blofeld is a DJ from Prague without chair or a cat but with with the same manner of ambitions. He is not going to enslave all mankind with puny choice of weapons like super-deathray but rather uses more cunning instruments such as Music – Liquid Drum and Bass to be precise.

Blofeld is involved in international project LiquidDnBCrew which is behind the world’s largest community Liquid Drum and Bass page on Facebook. He’s in charge of official Liquid DnB Crew podcasts previously aired on 175bpm.cz TV and drumandbass.filth.fm bringing you freshly released new tunes and exclusive dubplates to your ears.

Live on stage he is frequently accompanied by his crewmember DJane Theya and supported by jamming of very talented trumpetist Chris Vern. Together they make Liquid Drum and Bass a playful, breathtaking and fresh experience.

For his greatest accomplishments you can count playing alongside Total Science, LSB, Jay Rome, Komatic, Hybrid Minds, Loz Contreras, Silence Groove and Skeletone and also opening a mainstage of the Imagination Festival for B-Complex, Sigma, Technicolour and many more high velocity DnB projects. In just few years he left remarkable footprint on the czech dnb scene and as a member of Liquid DnB Crew is one of the most influential people for Liquid DnB in Czech Republic. Now with his new regular show on Bassdrive.com he intends to break the barrier of boarders and expand worldwide.